ST. JOHN'S, NL / ACCESSWIRE / August 20, 2019 / Sokoman Minerals Corp. (TSXV:SIC)(OTCQB:SICNF) (the "Company" or "Sokoman") is pleased to announce that diamond drilling has begun on the optioned Clarks Brook property, located 35 kilometres southeast of the Company's Moosehead project in central Newfoundland. The minimum 1,200-metre program will further test the gold bearing, epithermal style, mineralized zone initially defined by the Company in shallow drilling in 2017. The program will consist of 3 to 4 strategically placed holes designed to test for deeper, higher-grade gold mineralization at what is commonly termed the boiling zone in a classic epithermal gold system. The boiling zone can occur at depths ranging from 200 to 400 m, sometimes deeper depending on specific deposit characteristics.

The mineralized zone is hosted in a well-defined, north-south trending magnetic low which appears to be folded in places. Gold mineralization is hosted in a brecciated, moderately to strongly silicified zone with abundant crosscutting gray, vuggy quartz stringers with 1-3% disseminated pyrite, arsenopyrite and minor stibnite (antimony). Minor visible gold has been noted in both drill core and in slabbed rock samples which have textures and mineralization consistent with epithermal gold mineralization, in a trend subparallel to the Moosehead-Valentine Lake Trend. Numerous gold showings on trend from the Clarks Brook property also have strong epithermal characteristics including jasperoid, silica sinters and pathfinder elements such as antimony and arsenic. The producing Beaver Brook antimony mine lies 14 kilometres on trend to the southwest of the property.

Timothy Froude, P. Geo., President and CEO, states: "We believe that the Clarks Brook gold mineralization intersected in the 2017/18 shallow drilling program is consistent with mineralization in the upper levels of an epithermal system. The 2019 drill program is testing the gold zone for higher-grade mineralization deeper in the system, in the potential boiling zone, and also several hundred metres of the magnetic feature and structural features that could be associated with higher grades and thicker mineralized zones. This is a busy and exciting summer for our shareholders since we are drilling our two most important projects at the same time."

This news release has been reviewed and approved by Timothy Froude, P. Geo., a 'Qualified Person' under National Instrument 43-101 and President and CEO of Sokoman Minerals Corp.

Sokoman Minerals Corp. is a discovery-oriented company with projects in Newfoundland & Labrador, Canada. The Company's primary focus is its portfolio of gold projects (Moosehead, Clarks Brook, Crippleback Lake and East Alder) in Central Newfoundland on the structural corridor hosting Marathon Gold's Valentine Lake project (with measured resources of 1.16 Moz. of gold at 2.18 g/t, indicated resources of 1.53 Moz. of gold at 1.66 g/t and inferred resources of 1.53 Moz. of gold at 1.77 g/t (Marathon Gold Website) 150 km southwest of the Company's high-grade Moosehead gold project. The Company also has a 100% interest in an early-stage antimony/gold project in Newfoundland recently optioned to White Metal Resources and a 100% interest in the Iron Horse (Fe) project in western Labrador.

Investors are cautioned that trading in the securities of the Corporation should be considered highly speculative. Except for historical information contained herein, this news release contains forward-looking statements that involve risks and uncertainties. Actual results may differ materially. Sokoman Minerals Corp. will not update these forward-looking statements to reflect events or circumstances after the date hereof. More detailed information about potential factors that could affect financial results is included in the documents filed from time to time with the Canadian securities regulatory authorities by Sokoman Minerals Corp. 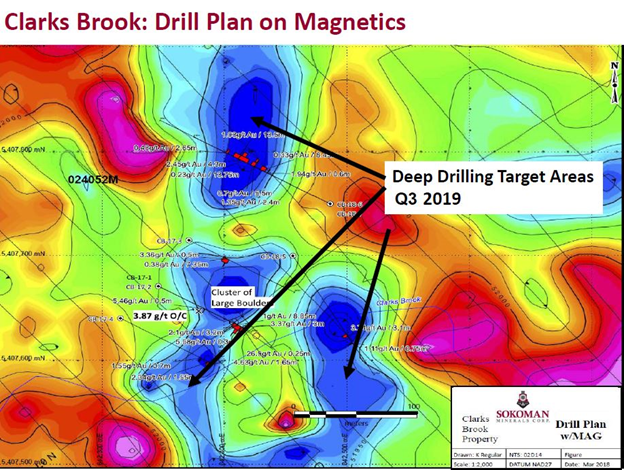 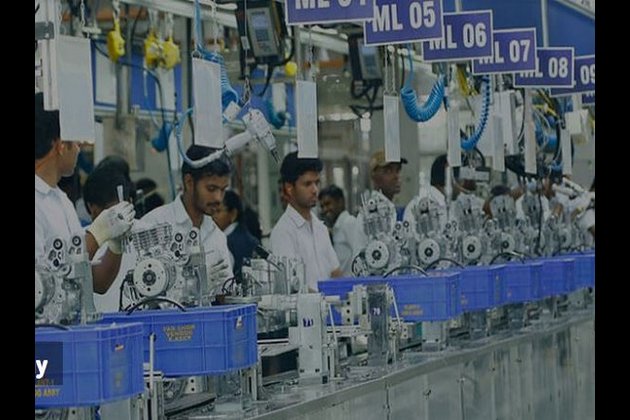