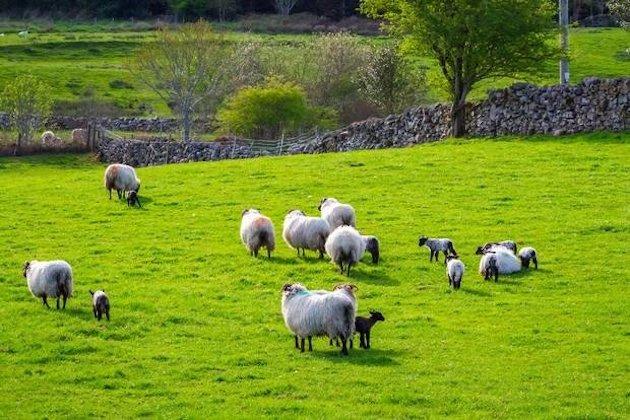 Almost 79,000 farmers are eligible for the payments, which form part of some 1.6 billion euro to be paid to Irish farmers under various schemes over the coming months.

"I am conscious of the many challenges currently faced by farmers and therefore the importance of the timely delivery of payments under the ANC scheme. With this in mind, in Budget 2019 I secured additional funding of euro23 million to bring the overall annual budget for the ANC scheme up to 250 million euro. This is the second year in a row that the allocation for the ANC Scheme has been substantially increased, and the increased funding has again been targeted at the areas of highest constraint," the Minister for Agriculture, Food and the Marine Michael Creed said Wednesday.

"The increased budget and higher annual payments represent a timely and significant financial boost for farmers and for the wider rural economy. My Department will continue to process, as a matter of urgency, all remaining cases for payment as they meet scheme criteria."

The 79,000 farmers being paid in this first tranche of 2019 payments is an increase from the 77,000 farmers paid at this stage in 2018. The minister noted that, further to changes in EU Regulations, payments under the ANC scheme will now be delivered in two instalments, with 85% advance payments issuing initially and a 15% balancing payment issuing from early December.

"The issuing of these payments now underscores my determination to maximise payments to farmers at the earliest possible time. Given the importance of these payments, my department has recently written to all farmers to outline the timetable for payments under various schemes in the coming months," the minister added.

Creed also confirmed that arrangements are on target to facilitate payment of the advance of 70% under the Basic Payment Scheme with effect from 16 October 2019.

In line with previous years, not all applications are currently cleared for payment under the ANC Scheme. In particular, many farmers, the department says, have yet to satisfy the annual average stocking density of 0.15 livestock units per forage hectare for the calendar year. However, farmers have until 31 December 2019 to do so. Such cases can only be cleared for payment once this requirement has been confirmed.

Regular pay runs, the department says, will continue in the coming weeks to ensure cleared cases are processed for payment as quickly as possible. Farmers should submit any outstanding stocking evidence in support of their application to the Department's Portlaoise Office as soon as possible to facilitate the early release of payments.

When this writer recently looked into the mirror and took a good look at how long his hair had grown ...

How London's 100 or so billionaires are faring

Over cups of tea in his ramshackle London home I chatted with a novelist. It felt a valuable opportunity, given ...

NEW YORK, New York - U.S, stocks ran out of steam on Thursday with fears about the worsening U,S.-China relationship ...