Security heightened in Mamallapuram ahead of Xi-Modi summit 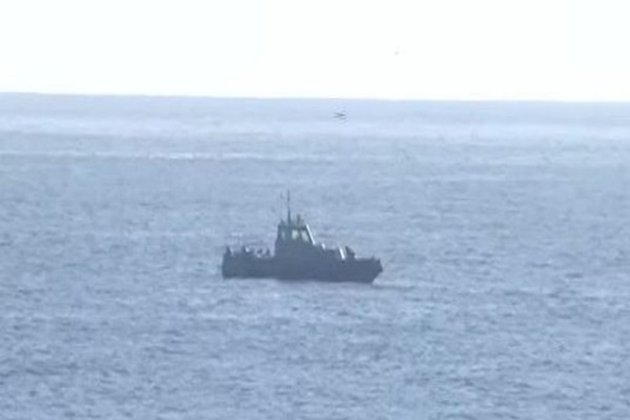 Mamallapuram (Tamil Nadu) [India], Oct 11 (ANI): Security has been heightened in Mamallapuram ahead of the second informal summit between Prime Minister Narendra Modi and Chinese President Xi Jinping that is scheduled to take place here today.

Indian Coast Guard ships were deployed in the waters near the Shore Temple--the second century-old granite architecture built by the Pallava kings.

According to Indian government sources, the Indian Navy and the Indian Coast Guard have deployed warships at some distance from the seashore to provide security from any seaborne threat to the meeting between Prime Minister Modi and President Xi.

The historic coastal town of Mahabalipuram will provide the setting for the meeting between Modi and Xi as the two leaders will have tete-a-tete as also delegation-level talks to strengthen bilateral ties.

The summit will provide an opportunity to the two leaders to continue their discussions on overarching issues of bilateral, regional and global importance and to exchange views on deepening India-China Closer Development Partnership, the Ministry of External Affairs said in a statement.

Xi will arrive at the Chennai International Airport on Friday afternoon, while the Indian Prime Minister will reach the city shortly before noon.

They will have guided tour of three monuments - Arjuna's penance, an intricately carved ancient sculpture; Krishna's Butter Ball - a big round boulder perched on a slope; and Pancha Rathas - a five chariots monument complex.

No Memorandum of Understandings (MoUs), agreements would be signed or joint communique issued.

The two leaders had their first inaugural informal summit in China's Wuhan on April 27 and 28 last year.

When this writer recently looked into the mirror and took a good look at how long his hair had grown ...

How London's 100 or so billionaires are faring

Over cups of tea in his ramshackle London home I chatted with a novelist. It felt a valuable opportunity, given ...

NEW YORK, New York - U.S, stocks ran out of steam on Thursday with fears about the worsening U,S.-China relationship ...