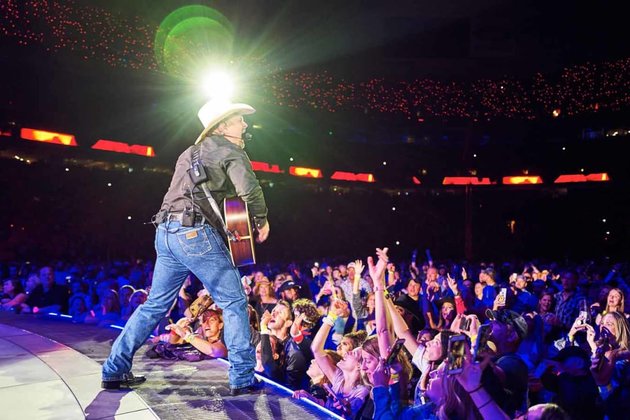 His show at Bank of America Stadium, originally scheduled for May 2, will now be on June 13. All tickets will be honored.

"Like so many people right now, I just want to get back to what I do. Knowing these shows are eventually going to happen makes me happy," said Brooks.

During the on sale, he sold 74,000 tickets in 90 minutes. This will be the only North Carolina and South Carolina stop on The Stadium Tour.

In other Bank of America Stadium concert news, Billy Joel has moved his concert to 2021, while the Rolling Stones postponed their summer tour.

Conduct of Pell investigation should be reviewed

The allegations of sexual abuse against Cardinal Pell were investigated by the Victorian Police, in particular by Taskforce SANO. This ...

Hot off of singlehandedly ending the Israeli-Palestinian conflict, America's Son-In-Law-In-Chief has put himself in charge of handling half of the ...

Reuters suspended from Iraq after story on Covid-19 cases

Time for U.S. to stop plutocrats from directing public policy?

The novel coronavirus is quickly exposing the deadly dysfunction of our national government, which we can all now see represents ...

Paris [France], Apr 3 (Sputnik/ANI): As many as 471 people have died in French hospitals from the coronavirus over the ...

A staggering 10 million US workers have lost their jobs in the second half of March as the coronavirus forced ...

Philippines company to produce millions of facemasks per month

CLARK FREEPORT ZONE, Pampanga, Philippines - With skyrocketing demand for face masks, following a change of experts views on their ...

World Expo in Dubai likelt to be put back by year

NEW YORK, New York - A streak of 113 consecutive months of jobs growth came to an end with data ...

Healthcare for everyone in America needs to be free

Access to COVID-19 treatment is key to helping Americans combat the disease, as well as containing its spread. To their ...

SYDNEY, Australia - It was a downhill day on Asian bourses on Friday, with all the major indices losing ground.The ...

NFL working on two options on how to go about draft

As the NFL maintains its plan to hold the draft April 23-25, the originally scheduled dates, the league reportedly issued ...