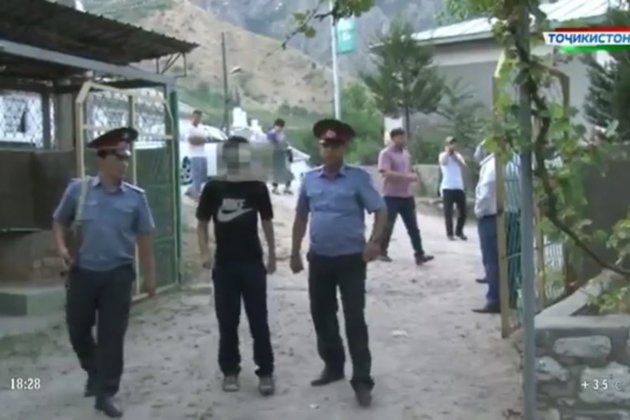 DUSHANBE, Tajikistan - A 16-year-old teenager has been convicted and sentenced to 10 years in prison in Tajikistan in a controversial double murder case even though relatives of the victims don't believe the youth was guilty.

On April 7, the Supreme Court of Tajikistan found the teenager, whose identity was not allowed to be disclosed due to his age, guilty of the brutal murder, theft, and robbery of 25-year-old Shuhrat Gholibov and 13-year-old Islomiddin Shahidov The teen was sentenced the same day.

The defendant, his lawyers, and the victims' relatives have insisted that the minor had nothing to do with the murder of the two, who, investigators say, were beaten to death with an ax handle in the Varzob spa area near Dushanbe in July 2019.

The teenager, who was originally summoned by law enforcement as a witness, said at the trial that he had to confess to the crimes after he was beaten and tortured by investigators. He also said he had seen several young men at the site on the day the killings took place and that they might have been involved in the murders.

His parents and the victims' relatives have insisted that it would have been impossible for the teenager to beat the two individuals to death.

The boy's lawyers and the victims' relatives said after the verdict and sentence were pronounced that the court had not even tried to find the real culprits in the case and ignored their requests to conduct a thorough investigation into the killings.

The victims' relatives and defense lawyers said they will appeal the court's ruling.

Police brutality, which has been endemic in many former Soviet republics,for decades, has been a focus of human rights groups for years.