Alastair Sanderson, a Young Entrepreneur from Oxford, is Ready to Settle Down after Traveling to Over 100 Countries

Alastair Sanderson and his Brother Richard Sanderson, Principles at Sanderson Holdings, Both Decided to Take Some Time Off to Travel and See the World

LOS ANGELES, CA / ACCESSWIRE / September 21, 2020 / Alastair Sanderson, a young entrepreneur and co-principle of Sanderson Holdings, is pleased to announce that after traveling to over 100 countries, he is ready to settle down.

To learn more about Sanderson Holdings and the services that they offer, please visit https://www.sandersonholdings.com. 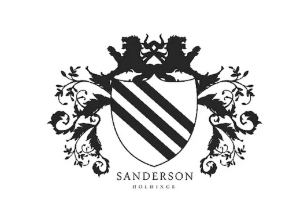 As Alastair noted, he has always enjoyed traveling. When he realised that he could run his business from afar, he decided to use his new-found freedom to travel to over 100 countries.

"Oxford is my home and I love it, but I think what makes me entrepreneurial is my love of learning and traveling takes that to an extreme," Alastair said, adding that in 2015, he left Oxford and drove by car around the world.

"I spent the following 4 to 5 years trying out different countries to see what worked for me."

Alastair's brother Richard Sanderson, a co-principle at Sanderson Holdings, said his brother's wanderlust inspired him to also get out and see the world.

"When my brother and I decided to take a year off, Alastair decided he wanted to travel. Looking for a slightly slower pace but still wanting to experience adventure, I decided, along with my girlfriend, to live in Vietnam and then Bali for the year," Richard said, adding that after settling into Ubud in Bali in Indonesia, he started working on updating the websites of one of their businesses.

"While Bali was a good place to work and came with lots of benefits, such as a cheap cost of living and stone expat community, I felt that after a year there would be advantages of going back to Oxford."

In 2020, Alastair got married to a lovely woman from the United States.

"As her work is location dependent, we decided to make Fort Worth, Texas our home for the next few years. We are now expecting our first child and I feel that I am really getting a chance to make this a home for myself," Alastair said.

Richard and Alastair are both pleased with their decision to take some time off and travel. Richard, who has returned to Oxford, said it is definitely advantageous to be back home.

"The proximity to the physical location of my business has helped communication. But I still work from home a few days a week to give myself space and do the creative work I need to," Richard said.

As for Alastair, although he is content to be in Texas for the time being, he is not quite ready to pack away his passport for good.

"I am sure that in time I will return to Oxford to retire but at this time I feel there is more to see," Alastair said.

Sanderson Holdings was established in 2014 and is based in Oxford, England. To learn more about Alastair Sanderson and Richard Sanderson please visit https://www.sandersonholdings.com.

NEW DELHI - India and the U.S. held a "productive" and "successful" third round of 22 dialogue in New Delhi, ...