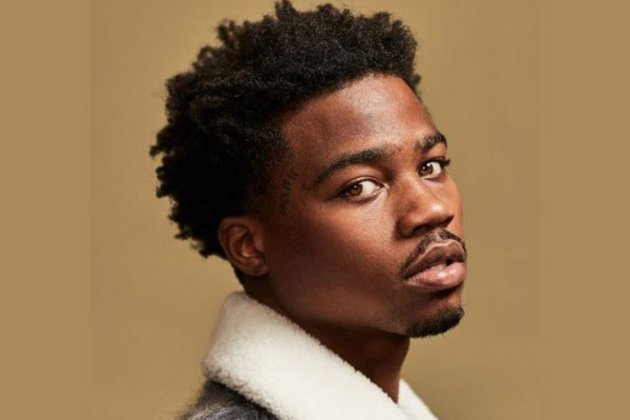 Washington [US], January 13 (ANI): American rapper Roddy Ricch was scheduled to take the stage as the musical guest of the first 'Saturday Night Live episode' of 2022 on January 15.

However, Ricch has dropped out of 'Saturday Night Live' this week after a possible COVID exposure.

"Due to recent COVID-19 exposure on my team and to keep everyone safe I won't be able to perform on SNL this weekend," Ricch wrote on his Instagram Story.

"I'm working with the SNL team to lock in a new date though! LOVE [pray emoji] STAY SAFE," he added.

According to Variety, the rapper has been replaced by the Jack Antonoff-led band Bleachers for this weekend's 'SNL' episode. 'West Side Story' fame Ariana DeBose is set to host the show on Saturday.

Ricch is the third musical guest to pull out of a performance on the show due to COVID-related reasons, all of which vary.

In October of 2020, country music star Morgan Wallen's scheduled appearance was cancelled by the show after photos emerged on social media of him breaking protocol just days before the show by socialising in Alabama without a mask at a crowded bar and a house party.

He posted an apology soon later, saying he respected the show's decision and noted that although he had not tested positive, "my actions from this past weekend were pretty short-sighted, and have obviously affected my long-term goals and my dreams," he said. The show rescheduled his appearance for several weeks later.

For the final show of the 2021 season in December, Charli XCX's scheduled performance was called off as the Omicron variant reached alarming levels in New York and 'SNL' was forced to stage a dramatically scaled-down version of the show they had prepared. (ANI)

One of world's oldest gorillas put to sleep at Atlanta Zoo

ATLANTA, Georgia: Zoo Atlanta's gorilla, one of the oldest in captivity at 59 years, was euthanized on January 13 due ...

COPENHAGEN, Denmark: An official at the highest level of the Denmark government has been charged with leaking state secrets. Claus ...

KIEV, Ukraine: Many government websites in Ukraine have suffered cyberattacks, with the intruders posting the text, "Be afraid and wait ...

PIEDMONT, Italy: Earlier this month, a case of African swine fever, which can be deadly to pigs but harmless to ...

During lockdown, free flowers handed out to mark Tulip Day

AMSTERDAM, Netherlands: As stores in Amsterdam and across the Netherlands cautiously reopened after a COVID-19 lockdown, thousands of free bunches ...

SYDNEY, NSW, Australia - Stocks in Asia were mixed on Tuesday in light trading. The U.S. dollar continued to correct ...

PARIS, France: After Paris changed its travel restrictions, announcing that UK travellers would only need to present a negative Covid-19 ...

NEW DELHI, India: The first day of talks between the UK and India on a potential free trade agreement took ...