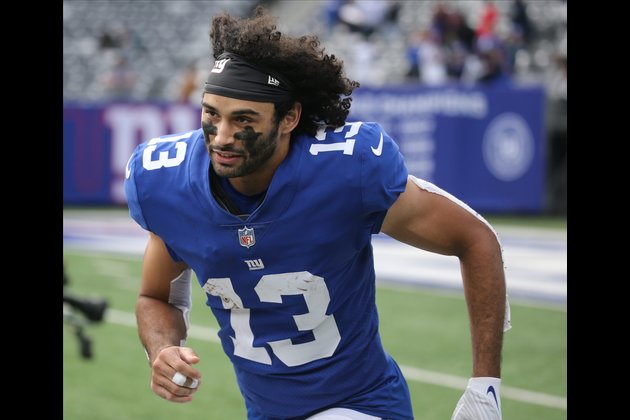 To clear room on the roster, the Bears waived receivers Cyrus Holder and Henry Litwin.

Darnell Mooney is the top returning receiver for the Bears with 81 catches for 1,055 yards and four TDs in 2021. Veteran Allen Robinson signed with the Los Angeles Rams in free agency.

TOKYO, Japan: U.S. President Joe Biden said this week that he supports calls for Japan to become a permanent member ...

SHANGHAI, China: The central Shanghai district of Jingan, a key commercial area in China's financial hub, has announced that it ...

Polish president: Ukraine must decide its own future

KYIV, Ukraine: Andrzej Duda, President of Poland, told lawmakers in Kyiv this week that Ukraine has the right to decide ...

SAN ANTONIO, Texas (ANI/Big News Network): The death toll in the mass shooting incident at a school in Texas now ...

LONDON, England: Citing a U.S. official, the Financial Times reported this week that during the Quad summit in Tokyo, the ...

NEW YORK CITY, New York: The market for global online tutoring services is expected to grow from $21 million in ...

SYDNEY, NSW, Australia - Shares across Asia fell on Thursday, with the exception of the Chinese mainland market where modest ...

Closed since start of Covid, Chile to reopen Easter Island to tourists

SANTIAGO, Chile: Easter Island, one of Chile's most important tourist attractions, will reopen to visitors on August 1, the government ...

In bid to lower cost of steel, India imposes 50% tax on ore exports

NEW DEHLI, India: In a move expected to end the country's exports of the raw materials needed to manufacture steel, ...

NEW YORK, New York - The release of the minutes of the Federal Reserve's monetary meeting earlier this month surprisingly ...

WASHINGTON D.C.: A leading U.S. official has said that even if Taiwan is excluded from President Joe Biden's Asian economic ...