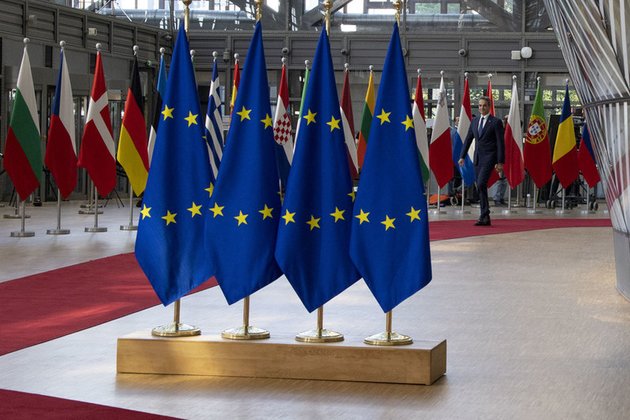 The bloc is becoming more like a military organization under pressure from the US, Spiegel reports

The EU leadership has conducted a concerted "economic war" against Russia in part due to concerns that member states could be hurt by secondary sanctions from the US, German magazine Spiegel said in its latest edition. Under the guise of punishing Moscow for attacking Ukraine, the European Commission has grabbed additional power, it said.

The detailed account of the EU's sanctions drive minced no words in describing the effort as a form of hostilities against Moscow. Spiegel even called the chief coordinator of the effort, Bjoern Seibert, the commander-in-chief of the "economic warriors," though he dismisses the label, saying this is "not how the EU works," according to the June issue of the magazine.

Seibert is the head of the cabinet of European Commission President Ursula von der Leyen. He has been the EU's point man for the sanctions on Russia since November, when CIA Director William Burns made an unexpected visit to Brussels after going to Moscow.

Brussels at the time "feared that the US could unilaterally decide on sanctions" due to a potential escalation in Ukraine, Spiegel said. European companies could be subjected to sactions without Brussels having any say, and to prevent this, EU officials agreed to prepare a unified response.

According to the magazine, Seibert and his office took advice from US officials such as Deputy Secretary of State Wendy Sherman and Deputy National Security Advisor Daleep Singh. The Americans brought their experience in sanctioning Iran, Russia, and Chinese telecom giant Huawei to the table. The EU's actions regarding Ukraine could be preparing the bloc for a future conflict with China, Spiegel said.

"If the economic warriors in Washington and Brussels have their way, the Ukraine war has created the blueprint for a kind of economic NATO intended for deterring aggressive autocrats," it said.

As the former economic community reforges itself into a "security alliance," Brussels has enacted dozens of laws, hired more staff, and otherwise gained muscle. "The Commission has cleverly used the situation to secure additional powers," an EU diplomat in Brussels told the magazine.

In January and February, Seibert led a diplomatic campaign to get national governments on board with the "economic war" plan. He made sure there were enough Eastern European officials during secret group talks to give his message more impetus, the report said.

After the hostilities in Ukraine started in late February, Canada threw a wrench in Europe's gears, according to Spiegel. The EU did not want to impose sudden cuts on Russian energy, but Canadian Prime Minister Justin Trudeau suddenly announced an oil embargo, with US President Joe Biden following suit. Shortly after, von der Leyen said the EU should keep up with the North Americans, but nations dependent on Russian oil resisted, delaying the sixth package of EU sanctions by weeks.

The EU bureaucrats consider their efforts a major success, though some of the impact will take months or even years to materialize, they say. Spiegel believes it was a mixed bag, since Moscow has managed to counter some of the restrictions and is raking in record profits by selling oil to India, which resells it to Western nations. The confrontation has become a "trench war" at this point, the magazine said.

LONDON, England: Reports from the UK's opposition Labour Party said its leader, KeirStarmer, will call for a freeze on energy ...