Did you lose money on investments in TuSimple Holdings? If so, please visit TuSimple Holdings Inc. Shareholder Class Action Lawsuit or contact Peter Allocco at (212) 951-2030 or pallocco@bernlieb.com to discuss your rights.

NEW YORK, NY / ACCESSWIRE / September 20, 2022 / Bernstein Liebhard LLP, a nationally acclaimed investor rights law firm, reminds investors of the deadline to file a lead plaintiff motion in a securities class action lawsuit that has been filed on behalf of investors who purchased or otherwise acquired the common stock of TuSimple Holdings Inc. ('TuSimple' or the 'Company') (NASDAQ:TSP) pursuant and/or traceable to the Registration Statement and Prospectus (collectively, the 'Registration Statement') issued in connection with TuSimple's April 15, 2021 initial public offering ('IPO'); and/or purchased or otherwise acquired TuSimple securities between April 15, 2021 and August 1, 2022, both dates inclusive (the 'Class Period'). The lawsuit was filed in the United States District Court for the Southern District of California and alleges violations of the Securities Act of 1933 and the Securities Exchange Act of 1934. 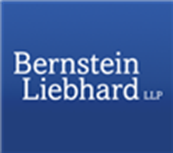 Plaintiff alleges that Defendants' statements in the Registration Statement were materially false and misleading when made because it failed to disclose that: (i) TuSimple's commitment to safety was significantly overstated and Defendants concealed fundamental problems with the Company's technology; (ii) TuSimple was rushing the testing of its autonomous driving technology in order to deliver driverless trucks to the market ahead of its more safety-conscious competitors; (iii) there was a corporate culture within TuSimple that suppressed or ignored safety concerns in favor of unrealistically ambitious testing and delivery schedules; and (iv) this conduct made accidents involving the Company's autonomous driving technology more likely and invited enhanced regulatory scrutiny.

On August 1, 2022, the Wall Street Journal published an article titled 'Self-Driving Truck Accident Draws Attention to Safety at TuSimple,' which brought to light a number of previously undisclosed concerns that undermined Defendants' representations and omissions concerning the Company's safety. The article referenced an April 6, 2022, accident involving a truck fitted with TuSimple's autonomous driving technology. Among many other things, the article reported that '[t]he accident, which regulators disclosed to the public in June after TuSimple filed a report on the incident, underscores concerns that the autonomous-trucking company is risking safety on public roads in a rush to deliver driverless trucks to market, according to independent analysts and more than a dozen of the company's former employees.'

If you purchased or otherwise acquired TSP common stock, and/or would like to discuss your legal rights and options please visit TuSimple Holdings Inc. Shareholder Class Action Lawsuit or contact Peter Allocco at (212) 951-2030 or pallocco@bernlieb.com.

Since 1993, Bernstein Liebhard LLP has recovered over $3.5 billion for its clients. In addition to representing individual investors, the Firm has been retained by some of the largest public and private pension funds in the country to monitor their assets and pursue litigation on their behalf. As a result of its success litigating hundreds of lawsuits and class actions, the Firm has been named to The National Law Journal's 'Plaintiffs' Hot List' thirteen times and listed in The Legal 500 for ten consecutive years.

MOSCOW, Russia: After her on-air protest against Russia's invasion of Ukraine, TV journalist Marina Ovsyannikova has been placed on Moscow's ...

US prepares to send more HIMARS missiles to Ukraine

WASHINGTON D.C.: As part of a $625 million package, the Biden administration's next military assistance for Ukraine will include an ...

Another ambassador expelled from Nicaragua as EU representative leaves

Musk to provide Florida with Starlink satellites after Hurricane Ian

TALLAHASSEE, Florida: Florida Governor Ron DeSantis said in response to the damage caused by Hurricane Ian in areas of Southwest ...

WASHINGTON D.C.: In August, U.S. job openings fell by the highest level in nearly two and a half years, indicating ...

LONDON, England: After limiting the number of passenger departures since July to prevent long queues, baggage delays and flight cancellations, ...

GM out paces Toyota in third quarter sales by 80,000 cars

DETROIT, Michigan: Amidst concerns about a drop in car sales, statistics released this week reported that General Motors outsold Japanese ...