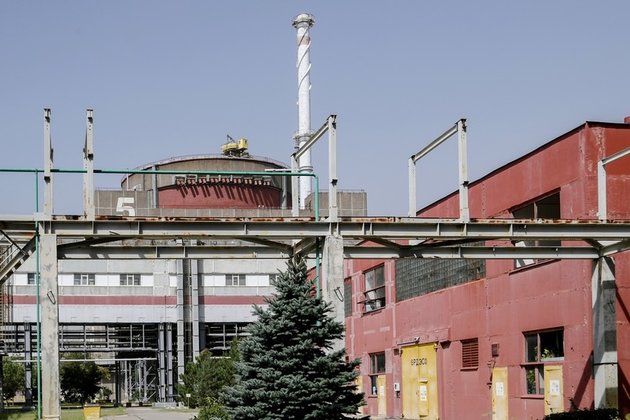 Two reactors may be brought back online in a week, an atomic energy official says

Russian specialists are working to restart reactors No. 5 and 6 of the Zaporozhye nuclear power plant, a senior official at Russia's state nuclear energy giant said on Friday.

The process may require "about a week," Renat Karchaa, an advisor to the head of Rosenergoatom, told TASS news agency.

The preparations have been confirmed by city authorities in Energodar, where the site is located. The plant is "in working order and can generate power" after it is turned back on, local administration chief Aleksandr Volga said in an interview on Russian television on Friday.

He explained that the city intends to use the plant as a source of thermal power during the heating season, and is rerouting the plumbing accordingly. A gas-fired power plant in Energodar is out of operation after being hit by Ukrainian artillery, regional officials earlier said.

Vladimir Rogov, a senior Zaporozhye Region official, told the media there are problems that need to be fixed before the nuclear site can be operated again. He explained that most of the power lines connecting it to the grid were previously damaged and will have to be repaired.

Only one transmission line currently remains intact, but it passes across the Dnepr River to Kiev-controlled territory, he explained, adding that the connection was currently being used to power the station itself.

On Thursday, Russian President Vladimir Putin ordered a change of ownership of the largest nuclear plant in Europe to reflect the new status of Zaporozhye Region as one of the four provinces newly incorporated into Russia.

A new organization operating under Rosenergoatom has taken over the facility, with the staff offered new employment in the same positions.

Kiev, which considers the region to be its own territory, has sent instructions to the plant's workers to ignore the change of ownership and take orders from the Ukrainian operator, Energoatom.

The perilous situation was discussed this week by Rafael Grossi, director general of the International Atomic Energy Agency, and Ukraine's President Vladimir Zelensky. The UN's nuclear watchdog does not recognize Russia's claim on the Zaporozhye plant.

"The plant's courageous staff deserve our sincere gratitude and respect for continuing to fulfill their vital tasks in unimaginably difficult conditions, with their workplace located in the middle of a war zone," Grossi said. "There is a need for urgent action to make their jobs and lives easier, not the opposite".

Aleksandr Volga reported that out of 11,000 employees that the nuclear site normally requires to operate, some 7,800 have remained in their positions. He confirmed that the IAEA was scheduled to rotate its inspectors on Friday, with two people currently stationed leaving and four new specialists arriving in Energodar. The Russian official said he expected the newcomers to help with the safe restart of the reactors.

Energodar has been under Russian control since March, but Ukrainian forces are within artillery striking distance. Moscow has repeatedly accused Kiev of endangering the Zaporozhye facility with its attacks on the city, while Ukraine has claimed Russian forces were responsible for the shellings.

The IAEA fact-finding mission, which arrived in Energodar in early September, corroborated reports of damage to the station, but declined to assign blame.