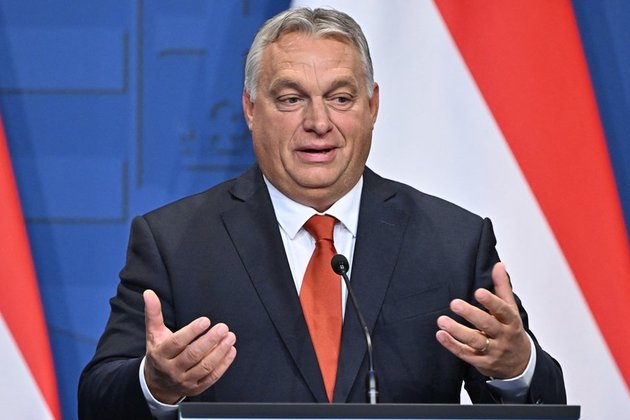 The bloc is 'slowly bleeding? due to failed restrictions on Moscow, Viktor Orban says

Sanctions imposed by the EU on Russia over the conflict in Ukraine have failed, Hungarian Prime Minister Viktor Orban said on Thursday, urging Brussels to change its policy.

"The sanctions didn't fulfill the hopes that were pinned on them, the war hasn't ended," Orban wrote on Facebook.

"Europe is slowly bleeding and Russia is making money in the meantime," he pointed out.

The Hungarian leader said that it was obvious to him that "the failed policy of Brussels must be changed."

The statement was made on the same day that the EU announced an eighth round of sanctions on Russia. The new curbs include an oil price cap, trade restrictions amounting to 7 billion euros and individual sanctions against 30 people and seven entities.

The move comes after the official inclusion of Donetsk and Lugansk People's Republics as well as Kherson and Zaporozhye Regions into Russia, which took place on Wednesday, following referendums in those areas.

Orban has frequently criticized the EU's sanctions on Russia, calling them counterproductive. Hungary, which is heavily dependent on Russian energy, has maintained a relatively neutral stance during the conflict in Ukraine, condemning the use of force by Moscow, but refusing to supply weapons to Kiev.

Brussels expected that the unprecedented restrictions would cripple Russia's economy and prevent it from funding its military operation. But Moscow was able to redirect its oil and gas to Asian markets, while also profiting from growing energy prices.

The policy has also largely backfired for the EU, causing a spike in inflation, and putting Europe into an energy crisis. The situation deteriorated even further in late September when the Nord Stream pipelines, which deliver Russian gas to European customers through Germany, were sabotaged.