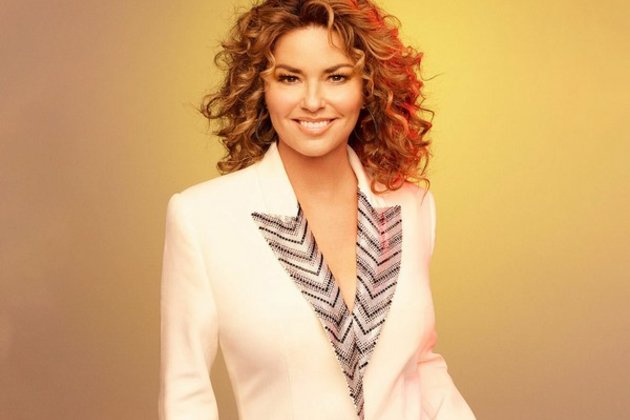 California [US], November 19 (ANI): Iconic 90s singer Shania Twain is set to be honoured with the 'Music Icon Award' at this year's People's Choice Awards.

The 'Love Gets Me Every Time' singer follows powerhouse vocalist Christina Aguilera to become the second recipient of this award, as per The Hollywood Reporter.

A multi-million record seller, Twain expressed her gratitude in a statement. "I'm so incredibly honoured to be named 'Music Icon,'" she said.

"I have some of the greatest fans in the world. They have supported me since the early days, and it's their love and passion that keeps me going. I'm thrilled to go back on tour and bring my new music and fan favourites to them, and what better way to start than at the People's Choice Awards!" she added.

In her first appearance at the People's Choice Awards since 2005, Twain will also perform a medley of some of her iconic hits over the years, including some new material from her upcoming album 'Queen of Me'.

According to The Hollywood Reporter, other awardees this year include 'About Damn Time' singer Lizzo and Ryan Reynolds. Lizzo would be recognized with the 'People's Champion Award', and Ryan shall receive the 'People's Icon Award' at the ceremony.

The ceremony will be hosted by 'Saturday Night Live' fame Kenan Thompson. It will be his second consecutive time of hosting the famous award show.

Known for being the 'Queen of Country Pop', Twain was last seen in a Netflix documentary, 'Not Just A Girl'. It spans the entire career of the 'Man! I Feel Like a Woman!' singer with all its ups and downs.

The documentary included a number of Twain's colleagues from the industry like Kelsea Ballerini, Bo Derek and Diplo to name a few. She was also spotted having a video call with 'Anti-Hero' singer Taylor Swift as well.

According to a report by The Hollywood Reporter, the People's Choice Awards ceremony of this year will be held at the Barker Hangar in Santa Monica, California. (ANI)

NEW YORK, New York- U.S. stocks were uneasy early Wednesday following a release of a raft of economic data but ...

OTTAWA, Canada: Canada has launched its Indo-Pacific strategy, which includes spending worth $1.7 billion, with the aim of enhancing military ...

Italy to raise billions with windfall tax on energy companies

ROME, Italy: A draft of the government's 2023 budget seen by Reuters indicates that Italy plans to charge energy companies ...

LONDON, England: In a world aviation first, British company Rolls-Royce has announced that it has successfully tested a hydrogen-powered aircraft ...