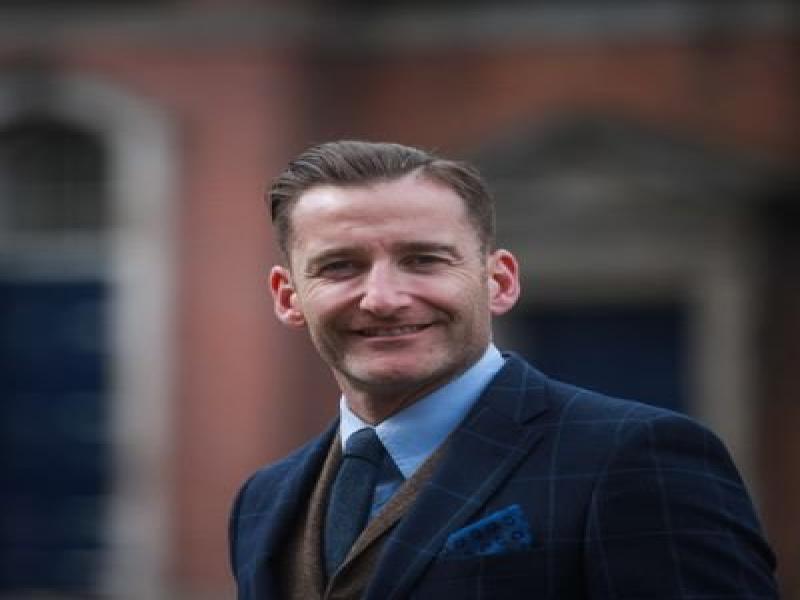 Celtic music may not be the first thing that comes to mind in the city of Nashville. But one of Ireland's best and busiest tenors, Paul Byrom, is set to deliver a show that's sure to delight music lovers of all types. He will appear in a very intimate concert as part of his U.S. tour on Friday, March 20, singing Irish favorites and tunes from Broadway. He recently completed a two-month theatrical run in his hometown of Dublin, Ireland, in a Panto version (broad comedy and music) of "The Three Mousketeers" at the famed Helix Theatre.

Byrom was an original member of the world-famous singing group Celtic Thunder. While he was with the group, they had six #1 World Billboard albums and appeared on television in several PBS specials. Since leaving the group several years ago, he's kept busy touring and recording and his solo "This is the Moment" debuted at #1 on the World Billboard Chart, as well.

His classical voice training began when he was 7 years old and he recorded his first album at 14. His eclectic taste in music comes from his mother, who is a concert pianist, and his father, who played guitar. He grew up listening to classical and mainstream music from Mozart to Buddy Holly, to the Eagles.

His performance in Nashville includes songs to touch the heart and uplift the soul, especially since he sprinkles his concerts with sparkling Irish wit as he relates stories about his life and love of music.

The concert begins at 7:30 p.m. and admission is $50, which includes a Meet and Greet photo opportunity with Paul Byrom as well. Tickets must be purchased in advance as this event is held in a private home. The address will be provided after tickets are purchased.

For more information and to claim tickets, visit www.paulbyrom.ie.

China's efforts to control the deadly outbreak of a new coronavirus "are working", Beijing's top diplomat said Thursday, attributing an ...

Coronavirus more closely aligned to flu than other viruses

CHICAGO, Illinois - Scientists in China who studied the nose and throat swabs from 18 patients infected with the new ...

LONDON, UK - The White House has denied a claim aired in a London court this week that President Donald ...

JERUSALEM - Israeli Prime Minister Benjamin Netanyahu says Israel is having discussions about the implementation of direct flights from Tel ...

WHO declares 'progress' in fight against coronavirus

The World Health Organisation on Wednesday hailed "tremendous progress" in the fight against the deadly new coronavirus since it emerged ...

Stock markets in Asia generally give up ground

Google accused of spying on children

NEW YORK, New York - U.S. stocks weakened on Thursday but the biggest market-mover was the U.S. Dollar which soared ...

Hub for technology-based startups to be developed in Philippines